Today, in the case of Schalk & Kopf v. Austria, the European Court of Human Rights was not yet able to interpret Article 12 of the European Convention on Human Rights as requiring Council of Europe member states to allow same-sex couples to marry. However, the Court made it clear that this conclusion can change when more European countries than the current 7 (Belgium, Iceland, the Netherlands, Norway, Portugal, Spain and Sweden) have ended the exclusion of same-sex couples from legal marriage. In particular, the Court decided that the reference to "men and women" in Article 12 (which has been deleted from Article 9 of the EU Charter of Fundamental Rights) no longer means that "the right to marry enshrined in Article 12 must in all circumstances be limited to marriage between two persons of the opposite sex".

The second question for the Court was whether or not Austria had an obligation to introduce the registered partnership law for same-sex couples that came into force on 1 January 2010, under Article 14 (non-discrimination) combined with Article 8 (respect for private and family life). In their dissenting opinion, 3 of 7 judges found that Austria did have such an obligation. The majority of 4 judges ruled only that "the Austrian legislator cannot be reproached for not having introduced the Registered Partnership Act any earlier", or for declining to grant registered same-sex partners a status that "corresponds to marriage in each and every respect". They stressed that, because of the new Act, "the Court (was) not called upon to examine whether the lack of any means of legal recognition for same-sex couples would constitute a violation of Article 14 taken in conjunction with Article 8 if it still obtained today". This means that, in a future case against a European government that refuses to introduce any form of registered partnership law for same-sex couples, the Court could find a violation of Article 14 combined with Article 8.

Furthermore explicitely left open the possibility to find a violation in case of discriminatory distinctions between registered and married partners. The Court found "no need to examine every one of these differences in detail. As the applicants did not claim that they were directly affected by the remaining restrictions concerning parental rights, it would have gone beyond the scope of the case to establish whether these differences were justified", the judges said.

The most important part of the Court's judgment, for same-sex couples in Europe and around the world, is its finding that Article 14 was applicable in combination with the "respect for family life" branch of Article 8. From 1983 to 1996, the European Commission of Human Rights consistently stated that a same-sex couple enjoys "private life" but not "family life", unlike an unmarried different-sex couple. In 2001, the Court repeated this statement in its decision declaring the application in Mata Estevez v. Spain inadmissible. Since then, opponents of equality for same-sex couples have cited Mata Estevez as excluding same-sex couples from "family life" under Article 8. ILGA-Europe, the FIDH (Federation Internationale des Ligues des Droits de l'Homme), the International Commission of Jurists, and the AIRE Centre (Advice on Individual Rights in Europe), in their joint written comments, asked the Court to reconsider the statement in Mata Estevez and expressly overrule it. The Court decided to do so: "The Court notes that since 2001 ... a rapid evolution of social attitudes towards same-sex couples has taken place in many member States. Since then a considerable number of member States have afforded legal recognition to same-sex couples ... Certain provisions of EU law also reflect a growing tendency to include same-sex couples in the notion of 'family' ... In view of this evolution the Court considers it artificial to maintain the view that, in contrast to a different-sex couple, a same-sex couple cannot enjoy 'family life' for the purposes of Article 8. Consequently the relationship of the applicants, a cohabiting same-sex couple living in a stable de facto partnership, falls within the notion of 'family life', just as the relationship of a different-sex couple in the same situation would." 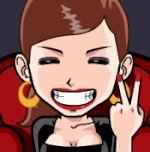